What "Sanctuary Cities" Are All About 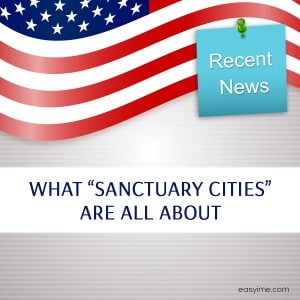 The Congress is in the process of enacting laws that will penalize sanctuary cities by denying federal funds for other programs. This comes in the wake of the brutal killing of 32-year-old Kate Steinle, allegedly by an illegal alien, in the sanctuary city of San Francisco.

The alleged killer is an illegal immigrant and a seven-time felon who had been deported to Mexico five times. The indifference of the politicians in San Francisco to the murder, from City Hall to the halls of Congress, was alarming and Washington lawmakers crafted Kate’s Law to make sanctuary cities accountable for enforcing federal immigration policy to protect other innocent people.

It is widely believed that sanctuary cities also reflect a breakdown in the law and order situation.  Defiant city mayors and city council members who ambitiously want to advance their political careers support policies — in this case, immigration policies — counter to those set by Congress. They believe their wisdom is greater than Washington’s on immigration policy.