October 8: Setting a precedent for the nation, Governor Jerry Brown signed a bill on Saturday that will allow undocumented immigrants practice law in the state of California. This law forms a part of a series of 8 bills that expand the rights of immigrants in the Democrat majority state. 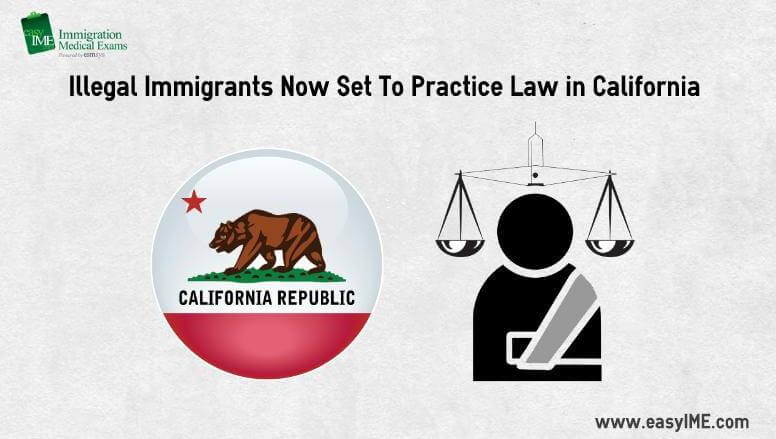 The series of bills also expands the rights of immigrant workers and makes it illegal for employers to retaliate against workers based on their citizenship status. In addition, unlike conservative states such as Arizona and Nebraska, California has also passed a law that will let nearly 38 percent of its total undocumented immigrant population apply for drivers’ licenses in the state. This will make the state a part of at least 9 states where the law will be implemented in 2015.

As Reuters reported, the California law “allows illegal immigrants to practice law grew out of a case of an undocumented Mexican immigrant, Sergio Garcia, who was brought to the United States as a baby and later graduated from a California law school. He has received the support of the State Bar of California and the state attorney general”.

The U.S. Justice Department has filed a brief in the Supreme Court last year to oppose Garcia’s bid to gain admission in the California Department. Although, Garcia can now be admitted to the California bar, other immigrants in Florida and New York are trying their hands at the same

October 4: House Democrats came up with a new immigration unveiled on Wednesday that includes a path to legal status for undocumented immigrants. These immigrants need to satisfy strict criteria to secure legal status. The bill also includes the provision for tighter border security along the US Mexico border to get Republican support.

It is uncertain whether the bill will be taken up for debate or not since the Congress is held up due to the budget standoff. Democrats are still not giving up hope that Republicans would come together to discuss the new immigration bill. 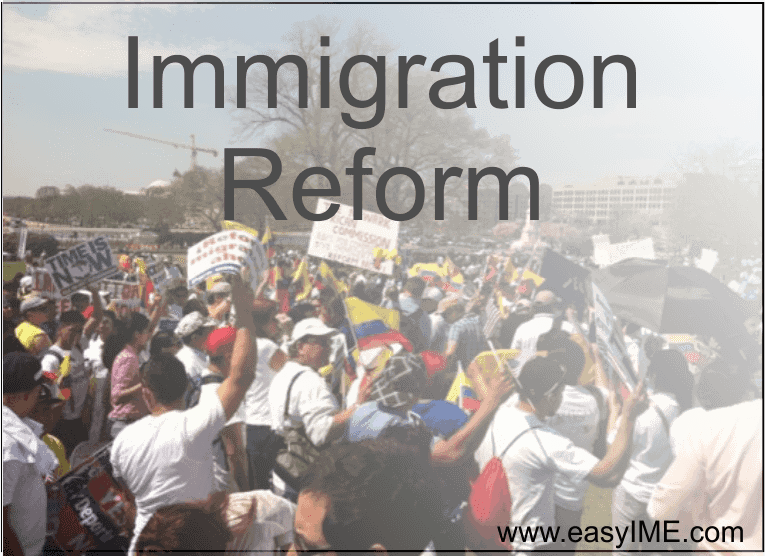 The Immigration Bill cleared in the Senate could not clear in the house since Republicans had objections for the pathway to citizenship for the 11 million undocumented immigrants and border security.

The current bill omits the provision of 700 miles of fencing and 20,000 agents’ employment along the US Mexico border. However, another provision approved by the House Homeland Security Committee was added which requires the department of homeland security to establish a strategy where 90 percent of those who attempt to illegally cross the border can be arrested.

The release of the bill is timed to be Oct. 5, National Day of Action, when immigrant rights, faith and labor groups plan to hold more than 100 rallies, vigils and other actions to press Congress to work on immigration legislation.

Analysts believe that the new bill is only symbolic and is not likely to pass in the House since there are only a few legislative days left this year and the GOP is not ready to budge. However, that does not prevent immigration reform advocates from building pressure on the Congress to act on the issue.

October 3: Governor Jerry Brown will sign a bill on Thursday that lets undocumented immigrants in California get driver’s licenses. Undocumented immigrants had a fear of being pulled over and get a ticket, which could lead to their deportation in the past. After hard lobbying for nearly two decades to push for restoration of licenses in California, immigrant advocates are now happy with the change. 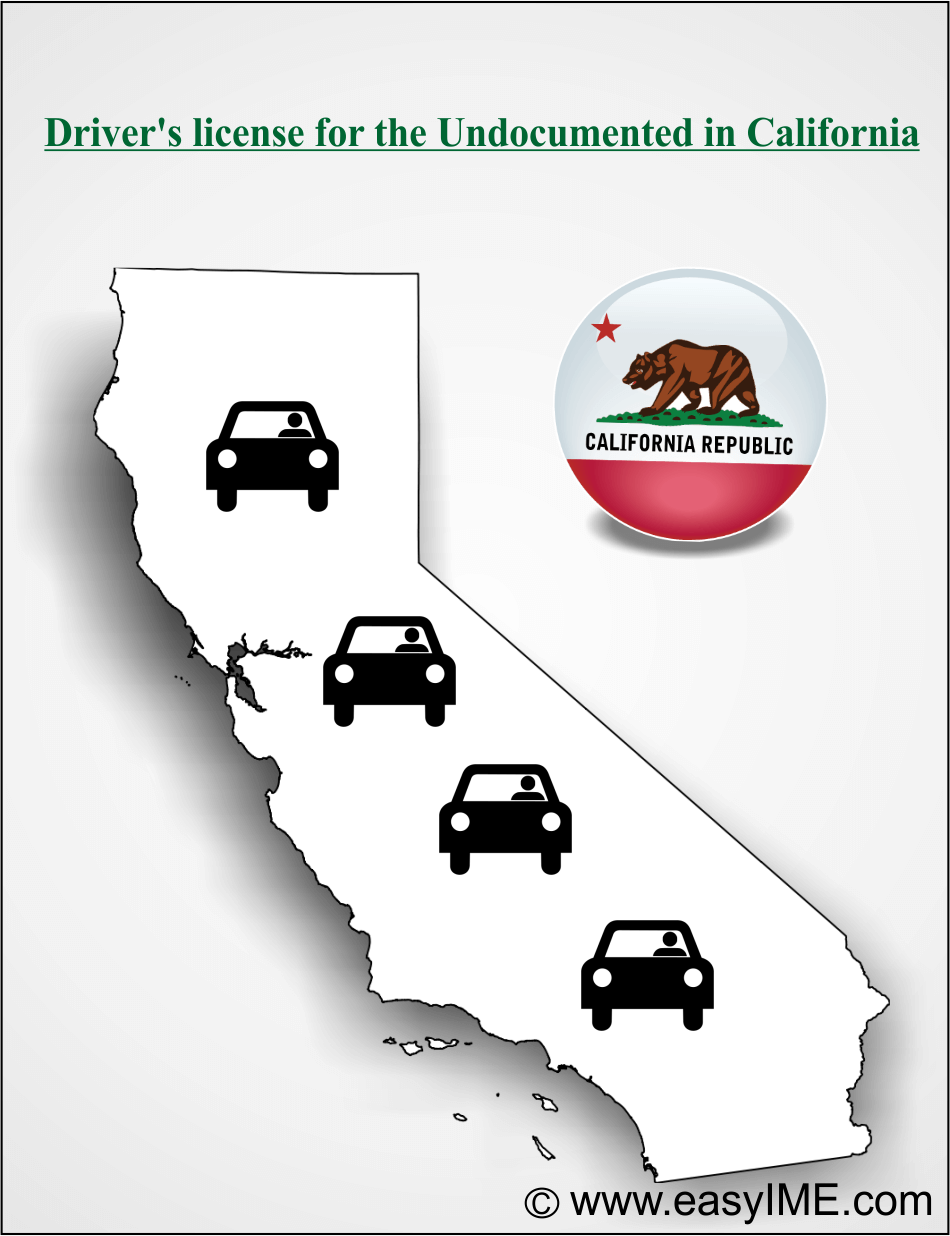 In the recent years, immigrants without driver’s licenses who were pulled over for a ticket began to be screened by federal immigration authorities for deportation. However, with this encouraging move, undocumented immigrants can stay with their family in the US.

Many states are providing driver’s licenses to anyone who clears the tests irrespective of their immigration status. In California, the license would have a distinction marked that the document may be used for driving and not for federal identification purposes.

According to estimates, more than 1 million drivers will apply for the licenses, which will begin to be issued from January 2015. There have been similar bills passed in California earlier that granted driver’s licenses to undocumented immigrants; however, the previous Republican Governor Arnold Schwarzenegger did not favor them.

The bill is an addition in the immigrant friendly moves California has recently adopted especially ending the partnership with federal immigration officials and the police and sheriff departments to detain undocumented individuals up to 48 hours after their release. In addition, another measure that includes overtime pay for domestic workers has also been introduced.

San Francisco finally ends the practice of extending detentions of illegal immigrants facing criminal charges up to 48 hours after their release until the immigration authorities deport them. 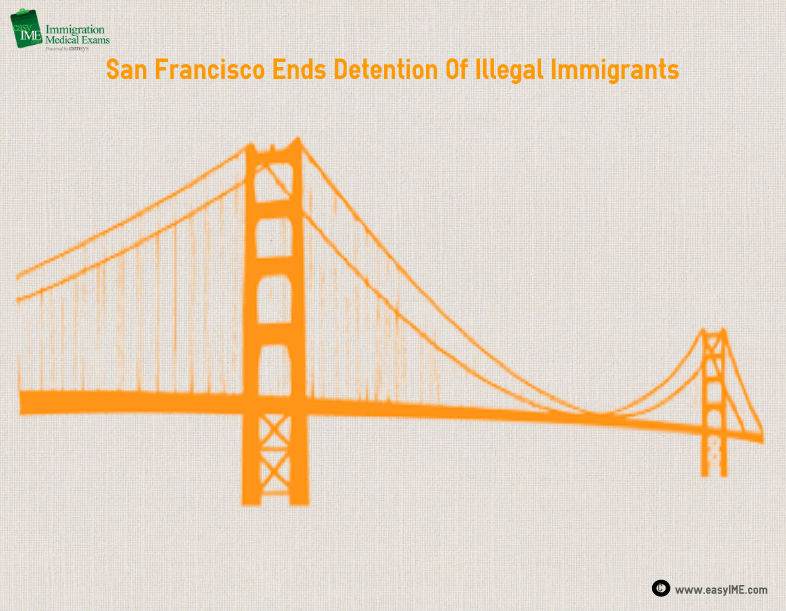 The San Francisco Board of Supervisors action unanimously voted and passed an ordinance to stop the Sheriff’s departments and Police from detaining illegal immigrants arrested for crimes. This excludes certain violent offenders. The extra time facilities possible deportation and assists the immigration agents to take their custody.

The practice began in 2008 when the federal government launched secure communities partnership between local law and U.S. immigration and customs enforcement to facilitate deportation of illegal immigrants arrested for violent crimes. Critics including immigrant rights groups said that several non-violent immigrants were being separated from their family and deported due to this practice.

The law will take effect after 30 days from when the mayor Ed Lee signs it. It cannot be vetoed due to unanimous vote.