SLOWING DOWN OF IMMIGRATION DEPORTATIONS RECORDED 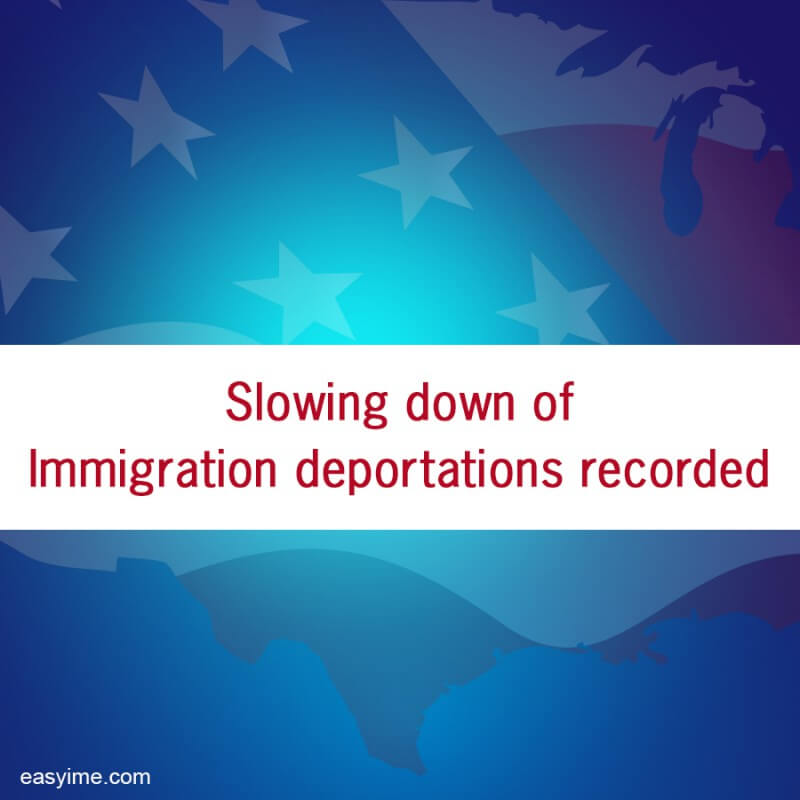 It has been seen that since October, the fewest number of illegal immigrants in the country of the United States of America have been sent home, ever since the time President Obama assumed office in the year 2009.

A number of steps have been taken by President Obama ever since he assumed Presidency in the year 2009, as per government data sought internally. A number of immigrants have been allowed to stay on, for up to two years at a time, and this is even though they are illegal.

A record number of more than 409,000 people were sent home by the Immigration and Customs Enforcement authorities in the year 2012, but ever since, the number has slowly dropped into a trickle. The agency is renowned for digging out illegal immigrants and then removing them from the country. Around 11 million immigrants are estimated to be staying on in the country illegally. A number of factors have been attributed to the drop in the crossing. One of them is the drop in the number of arrests of immigrants who were trying to cross the border.